I have a confession to make.

I don’t write everyday and I am horribly unorganized.

For a long time I thought that made me a bad writer…or at the least a bad blogger…because blogging is about consistency right?  What I found is that lots of writers and bloggers struggle with this.

So back in November, I spoke at a conference called the State of Now conference. While I was there I had the pleasure of meeting a fellow writer/blogger/speaker, Simon Salt.  Simon challenged these two confessions and wagered that if I would commit to writing everyday and organizing my posts into series that I would be able to increase the consistency of my posts.  I listened skeptically, but came home and put some of his suggestions in play.  I also began to do research into how to better plan out my posts and found a marvelous site called productiveflourishing.com that has changed the way I organize and structure my writing.

So how does a writer who works three days a week, has two pre-teen children, is a very active speaker and worship leader and has only a few hours a week to manage two blogs find time to post three times a week on one blog and once a week on another?

Well, first I must admit, I am no expert at this practice, but I want to share with you what has worked for me.

As a writer who does not prolifically churn out words, it is sometimes difficult to “be inspired” to write on the days that I have time.  I find most often that my inspiration to write comes in my daily life as I stumble across truths that break over me like a dawning sunrise or something profound and otherworldly stumbles out my friends’ or my own mouth by accident. These are the times that I want to sit and write, but unfortunately, my life didn’t come with a remote control with a pause button.  Did yours? I wonder if amazon.com carries those?

However, I am blessed to live in an age of technology where I have the ability to jot down simple ideas and take them wherever I go. I call this my “idea garden.”

I keep my idea garden on Google Drive because I can create documents and eventually turn those into blog posts that I then move to a folder called “Posts written”…it’s like my online back-up of my writing.

The backbone of my idea garden comes from this post from Productive Flourishing (I am a big fan of their blog planner sheets- I’ll write more about those later).

I have created a folder called “Idea Garden” in my google drive account.  Whenever I have a thought about a good blog post- even if it’s just a title- I will create a new document in that folder under that title.  If I have thoughts or quotes that sparked the idea, I will jot those down as notes.  Each week, I spend an hour “watering the seeds” of my idea garden.

Sometimes, a post just flows out of the initial idea immediately.  Sometimes the seed germinates in the garden for a while. Either way, this is a way for me to capture and save inspiration even when it comes at a time when I can’t immediately stop and write.  I just take a couple of seconds to jot it down in my idea garden and I don’t have to worry about losing the thought.

This practice alone has really transformed my blogging from inconsistent to mostly consistent. I think if you give it a try, it will help you too!

What about you? Do you use an idea garden? 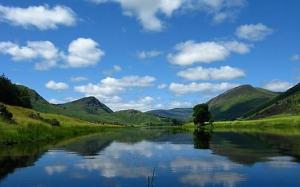 The cursor blinks tauntingly at me and I sit here watching it and waiting.  I’ve tried to avoid writing today, but Simon says that “writers write” and “starving artists starve themselves mostly of self-belief and inspiration” so I sit obediently, with fingers poised over keyboard and wait for thoughts.

My head is full, and my heart brims over with a little bit of sadness and a little bit of malaise, and this is, most naturally, the time when words and tears spill out on the pages before me, but not today.  Today I want to stick my head in the sand and stay disconnected from this sadness in me and I know that opening the floodgates for words, opens the floodgates for emotion too.

A song plays in my head- one I heard this morning on my way to work that sounded pretty but didn’t tug on my heart because it was just words then and not real life. Then news comes of a life lost far too soon and the heart within me that is a mother and a older sister broke in two for the mother and sister who lost her, and suddenly just words turns to heart-aching truth and I am thankful that someone has the gift of making these truths into beautiful music. In the midst of the ache, a friend reaches across a thousand miles with a post about God and goodness and like the spot on my windshield where rock beat glass- it is the second hit that cracks the whole.

I tried earlier to write a post about speakers, but it didn’t come and I sat and stared and watched the cursor blink.  Then I tried to finish a post on secrets, but even those words wouldn’t come with any sort of rhyme or reason.

So instead I just sit and write. I am writing exactly what is happening as I am writing and I wonder if this might not be the first moment I have been truly present all this day.  But presence hurts today, so I stay quiet and keep my head down and hide in the back corner of the office hoping that no one will notice and come looking for me, because what I need most right now is just time.

So I apologize if the resources post is not up today, and quite honestly it may not be up tomorrow because tonight I will spend hugging babies and husband and truly relishing the people I love in my life.

So here is the resource for you today….and the tip on relationships for you the rest of the week: 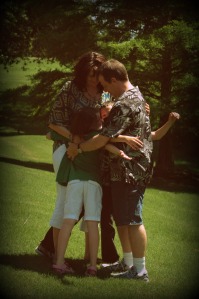 Love.  Love deeply and strongly, and…please, please, please- SPEAK IT.  Say it out loud. Hug it out long.   Don’t wait, say it today, say it tomorrow and say it a lot. Leave no love unsaid- not in your marriage, or with your family, or with your friends, or with the lady who sits at the end of the pew and raises her hands when she sings worship, or with the man on the street corner who holds the sign that reads, “single dad just trying to make it work. Please help.”

when everything in me is tightening
curling in around this ache
I will lay my heart wide open
like the surface of a lake
wide open like a lake- Sara Groves, Like a Lake

Looking for something? Search here…